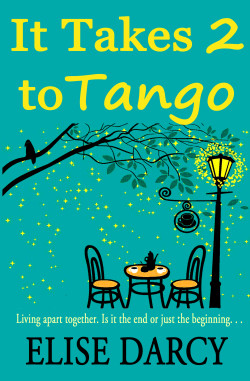 Living Apart Together ~ Book II
Do you believe in second chances?

John does, that’s why he is going to do everything in his power to get his wife back. There’s just one hitch: they’re still living apart together.

John has converted the family home into two apartments and now Sylvie is comfortably ensconced in the garden apartment downstairs. Getting her to move back in with him might be a problem. John hopes it’s not insurmountable.

The plan was to rent out the apartment downstairs for an extra income to spend on things they couldn’t otherwise afford in retirement like restaurant meals out together and trips abroad. It’s just John hasn’t told Sylvie all this yet. He’s still waiting for the right moment.

They haven’t exactly been on speaking terms since Sylvie moved in downstairs. She called it a trial separation. But all that was about to change, at least John hoped so. He’s called in the Calvary. His brother Dave was coming round with a plan to get Sylvie out of the apartment downstairs and everything back to normal in the Baxter household.

It better happen soon because John is harbouring a guilty secret. If Sylvie finds out before she moves back upstairs he might just lose her forever.