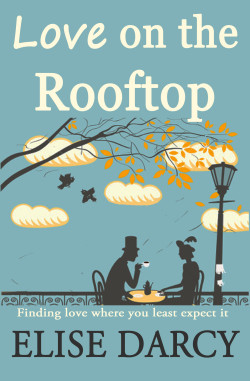 Living Apart Together ~ Book III
Do you believe in ‘the one’?

Sylvie doesn’t, that’s why she’s given up on love. Besides, nobody in their right mind is going to accept her unconventional living arrangements.

Life post-sixty has turned out anything but conventional. A short time ago Sylvie was looking forward to a comfortable retirement with her husband. Now she’s working full-time to keep the roof over their heads. And she’s got the neighbour from hell living in the apartment upstairs, who incidentally is her husband.

When John converted their house into two apartments with a view to renting one out, it wasn’t her intention to move downstairs, and stay there. But intention or not, that’s what happened. Three months on she and her husband are still separated, living apart together.

Unbeknown to John, Sylvie has made quite a success of herself in her new career. But there’s a catch. It’s all built on a lie. If anyone finds out the secret of her success then she stands to lose her job, the house, everything.

If things weren’t complicated enough, Sylvie bumps into a stranger in an unexpected place who challenges her perceptions about life, love and a second chance at happiness.

Has Sylvie finally found ‘the one’?